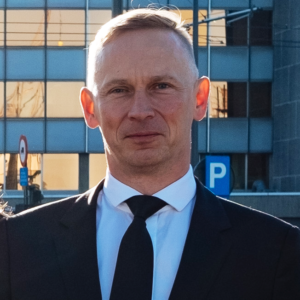 Head of the Sector for Modeling of Bulk Nanomaterials,
PhD (Dr.Sci.)

After Nariman Enikeev graduated from the Department of Physics of the Bashkir State University (Ufa, Russia) in 1990, he worked at the Institute for Superplasticity Problems of the USSR Academy of Sciences, the Institute of Molecule and Crystal Physics, the Institute of Mechanics of the Ufa Research Center RAS. Since 1997 until presently, he has been working at the Institute of Physics of Advanced Materials, USATU.
His areas of research interests include: the physics of strength and ductility, severe plastic deformation, nanostructured and ultrafine-grained materials, the theory of dislocations, X-ray structural analysis, crystallographic texture, multilevel modeling, deformation mechanisms, strengthening, segregations, grain boundaries, radiation resistance.

He has participated actively in performing and leading Russian and international projects supported by the ISTC, INTAS, RFBR, the Russian Federal Target Program, etc.
He was the coordinator, appointed from IPAM, in joint international projects supported by CRDF (with the participation of the All-Russian Research Institute of Experimental Physics and LANL) and the Russian Federal Target Program in the framework of cooperation with the EC (FP7-Russia).
Dr. Enikeev has participated in many Russian and international scientific conferences (over 40), and has made invited reports at the international conferences ISAM4 2011 (Japan), Thermec-2013 (USA), nanoSPD6 2014 (France), has been a member of the Organizing Committees of the conferences nanoSPD1 (1999, Moscow, Russia), nanoSPD2 (2002, Vienna, Austria).
In his research activity, he collaborates with specialists from many Russian research centers, in particular, Saint Petersburg State University (Saint Petersburg), MISIS (Moscow), the All-Russian Scientific Research Institute of Experimental Physics RFNC-VNIIEF (Sarov), the Research Institute of Atomic Reactors (Dimitrovgrad) and others, as well as foreign research organizations, in particular, the University of Rouen (Rouen, France), the Pohang University of Science and Technology (Pohang, South Korea), Karksruhe Institute of Technology (Karlsruhe, Germany), the Institute of Material Physics, the University of Münster (Münster, Germany), the Research Group «Physics of Nanostructured Materials», the University of Vienna (Vienna, Austria), and others.